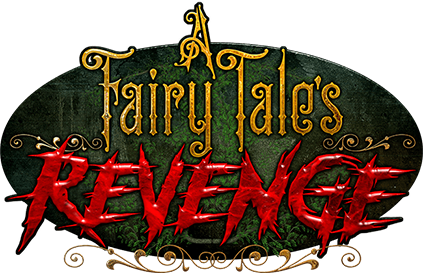 During the summer, when the unseen membrane that separates this world from the next is thinnest at the portal known as the witching well, Rosa seeks out companionship. Deprived of love, she feels connected to the twisted creatures from the world of fairy tales. Most people believe those long-told childhood stories are fiction, but in fact, they are real. They are not, however, as happily-ever-after as those of this world choose to tell them.

When Rosa was a child, her jealous sister pushed her down the abandoned well hidden in the unseen acreage behind their family estate, Mortis Manor, and left her for dead. Her father called The Doctor from Hillside Sanatorium, who revived her, but she was.…changed. Rosa now spends days at a time lurking near the well, peering into it, murmuring incantations. The witching well is most active during the balmy, oppressive heat of summer nights.

When Rosa draws her children from the well, not even she knows what will emerge. A white-faced, emaciated maiden with impossibly long, filthy tresses, having only escaped her tower prison after starving to death. A man-being, hunched and hairy with a face more canine than human and long yellow claws, rancid pork forever on his stinking breath. A short, stooped witch of a woman with red eyes, grown fat on the flesh of the children her palate prefers. A being impossibly tall and menacingly wide — a giant whose livid and painful bellows can be heard across the land. Only when Rosa has conjured these twisted children does she feel something like love. Some of her creatures lurk near Mortis Manor, content to remain close to their mother. Some are drawn, by some familiar and sinister energy, to Hillside Sanatorium.

They are not of this world. They do not understand you any more than you understand them. They lash out in fear of what they do not know, in anger at their torturesome trek between the two worlds, and sometimes, simply in hunger. Come visit Rosa’s fascinating children, if you dare.

Warning!  Not recommended for children under the age of 12. Intense strobe lighting & fog in use.